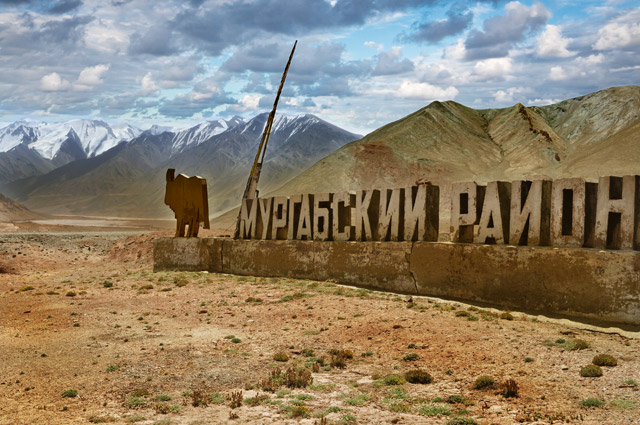 There are so many reasons you should visit Central Asia

Mountains, lakes, and valleys as picturesque as anywhere on earth. Seeing once magnificent ancient cities. Driving the Pamir Highway. The knowledge that most people won’t have heard of half the places you’ve been. These are just some of the reasons you should visit Central Asia. And you can experience it all with the Central Asia Rally.

Not long ago it was virtually impossible for foreigners to travel Central Asia. Borders are gradually opening up, and there’s visa-free travel to Kazakhstan and Kyrgyzstan available to citizens of many countries. However, it’s a massive region and tourism is developing slowly. Many areas are sparsely populated to start with, meaning opportunities for solitude are unparalleled, especially when exploring the stunning nature. It’s only a matter of time before the ‘stans get popular; the word is already out: Kyrgyzstan was recently voted best destination for a photo tour. Visit now, before everyone else catches on!

Central Asia was the heart of the Silk Road, the ancient trading network that linked East and West. The cities along this route grew rich, and the impressive monuments this wealth built still can still be seen today. Explore the historic cities of Uzbekistan: admire decorations of astonishing intricacy in Samarkand, captured by Alexander the Great, Gengis Khan, and Tamerlane;  get lost in the maze of time-worn streets in Bukhara’s old town; and discover the “museum city” of Khiva. Elsewhere, marvel at Kyrgyzstan’s Tower of Burana, still standing after more than one thousand years, and Merv in Turkmenistan, once the largest city in the world.

It’s not just buildings that have stood the test of time: rich culture and traditions have been passed down for generations. You can still stay in the yurts favored by semi-nomadic tribes. If you are lucky on your travels, you’ll see a performance of folk dance; maybe you’ll be invited to have a try yourself. Wherever you go, search out the local music, influenced by the many cultures that fill and surround the various ‘stans. And, this being the heart of the Silk Road, don’t settle for supermarket produce: go to the local markets, with their bustling energy, bright colors, and, best of all, bargains. You might even find some silk.

The Weird and Wonderful

If it’s the out of the ordinary you want, look no further. Central Asia contains some pretty weird places. For instance, the ghost ships of the now almost-disappeared Aral Sea: in former ports like like Muynaq, Uzbekistan, you can see fleets of ships crippled by rust, miles away from any water. Or you can experience the weirdest sport in the world: Buzkashi. Literally (and accurately) named “goat grabbing”, pictured, it takes place over vast distances and can last several days. Then there’s the “gates of hell” (ie the Darvaza gas crater) in Turkmenistan, which has been burning for almost fifty years. Finally, in Dushanbe you’ll find something more wonderful than weird, : the world’s second tallest flagpole. Definitely something to tick off the bucket list.

Central Asia is blessed with some of the most picturesque lakes in the world. They can be tucked away amidst remote alpine peaks (like Tajikistan’s Iskander Kul, pictured), or hidden in the middle of the busiest cities; some have great beaches. The two famous lakes of Kyrgyzstan — Song-Kul and Issy-Kul — are especially recommended. Song-Kul, located at over 3000m above sea level, isn’t particularly easy to access, but it’s worth the trouble. Go in the summer, and and rent out a yurt by the water. Issy-Kul, on the other hand, is the second-largest alpine lake in the world: a serene ocean, particularly blissful at sunset.

Home to some of the world’s highest, and most impressive, mountain ranges, just seeing (or better yet, climbing) their peaks is another great reason to visit Central Asia. The various ranges combine to form a biodiversity hotspot thanks to their variety of wildlife, fauna, and landscapes including everything from rich forests to alpine tundra. The Pamir mountains, located mostly in Tajikistan, are known as the “Roof of the World”. The Fann Mountains, known as the “Gems of the Pamirs” for the glistening colour of the lakes within, are popular for their untouched nature and spectacular scenery. The Tian Shan mountain range, meaning “Mountain of Heaven” is the world’s highest non-Himalayan mountain range, and marks the border of Kyrgyzstan and China; if offers many wonderful hiking opportunities within an hour’s travel from Bishkek.

Central Asia really is nature lovers’ paradise, so of course they also have gorgeous valleys. The most famous is probably Fergana Valley, the 14000 square mile bowl between the Pamir and Tian Shan mountain ranges. It features a variety of scenery, and much political volatility, but search out the lush green valley sections for which it is famous. Alternatively, see Kyrgyzstan’s beautiful Karakol Valley. Also head to Charyn Canyon National Park in Kazakhstan, for some very strange rock formations.

One of the best reasons you should visit Central Asia is the friendliness of the people. In an area not yet swamped by tourism, you will find many locals welcoming visitors with open arms. Central Asia is a melting pot of cultures, most of whom are famous for their hospitality. Don’t be surprised if strangers welcome you into their home. You might have to learn a little Russian (or, better yet, the local language) to communicate, but it probably isn’t necessary: you can have very enriching travel experiences without a word being understood. Vodka helps.

The Food (and Drink)

The food of Central Asia might take some getting used to, but the range of culinary influences make for a surprisingly nuanced range of dishes. You can recognise cooking styles from Russia, China, Persia, Afghanistan and more. The necessities of semi-nomadic life also make their presence felt: expect a lot of mutton and horsemeat. There are certain dishes you have to try: every country has its own version of the ubiquitous rice dish pilaf (or ‘plov’) and there are also many delicious variations on the noodle-broth ‘laghman’. More unique foods to look out for include Jewish-influenced dishes in Bukhara, and Turkmenistan’s most famous produce: melons. As for what to drink in Central Asia, you’ll encounter lots of tea, and vodka. But you must also try ‘kumis’, fermented mare’s milk.

In Central Asia you can drive through deserts, passing virtually nobody for days, or you can encounter a traffic jam on the narrowest mountain path. Driving in Central Asia can be a challenge, but also a fantastic adventure. The main attraction is the Pamir Highway: the world’s second highest international road. Located mostly in Tajikistan, this will test your vehicle and your lungs: at its highest the road rises above 4600 meters and most get altitude sickness at some point. However, if you have a 4×4 and a steady nerve, the dramatic views will make it an absolutely unforgettable drive. Another Central Asian driving challenge is passing through the Anzob Tunnel in Tajikistan: 5km of pothloes, flooding, travel jams… and complete darkness. It saves a lot of time though!

Despite all the reasons you should visit Central Asia, some think it must be too complicated to visit, or are nervous about going alone. The Central Asia Rally is the perfect solution. The minimal assistance driving challenge sets off from Astrakhan on a two-week odyssey to Bishkek, via Kazakhstan, Tajikistan, Uzbekistan, and (briefly) Afghanistan.  You drive your own vehicle, so there is no shortage of adventure, but we know the best places to stay, the secret gems you have to see, and we are very experienced at navigating the various borders and visa procedures. This year’s event begins on June 1st; sign up now!