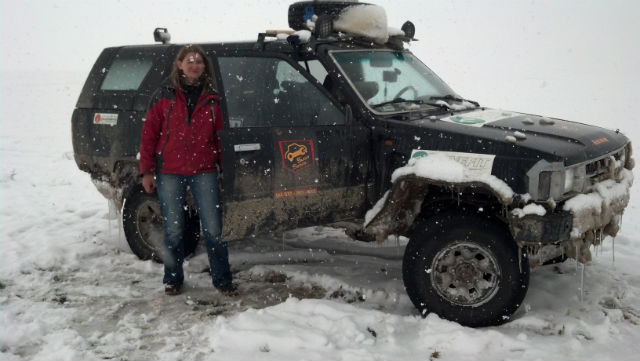 As the Central Asia Rally draws to a close, our teams head off towards Bishkek, but before hitting the finish line, some will attempt to visit the high altitude, remote Song Kul Lake and battle bad weather and even worse roads. Who will make it and who will just head over to Bishkek?

After the small reunion in Osh, the Central Asia Rally teams have split up and made their own way over to Bishkek. With some of them going out to Lake Song Kul and others staying behind to party, we hope everyone will make it to the finishing line in the Kyrgyz capital today.

All photos from the Travel Scientists.

It’s not been easy getting everyone in and out of Osh, as you may have seen in our previous updates we’ve had quite a few issues along the way. Cars have broken down in Samarkand and we’ve had to contend with a blockade of yurts just across the border in Kyrgyzstan.

Now that everyone made it safely to Osh, our fellowship will part company again and undertake the final leg to Bishkek – our finishing line.

A day at the lake 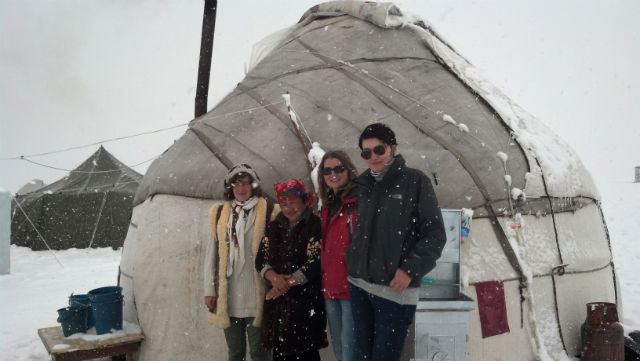 Tucked up in the Tian Shan Mountains lies Kyrgyzstan’s second largest lake. Song Kul, “Following Lake”, is so remote that you can only access it on the mountain passes in the summer months.

Song Kul might be one of Kyrgyzstan’s most beautiful sights – and it’s also pretty inaccessible. In fact, it can snow all year round, since the lake is at an altitude of around 3000m above sea level.

Last year, we had 11 teams on the Central Asia Rally, but only one team, Team Teacake, along with Travel Scientists’ Chief Scientist Aravind Bremanandam made it up to the lake through the blizzard and freezing temperatures to find the yurt.

The welcoming yurt was filled with food and kimiz (kumis) for all the teams, and of course, the reward for making it up to Song Kul in the blizzard was all that food and fermented mares milk to themselves.

This year, only two cars left for the lake – the Travel Scientists team, headed up this year by Attila Berenyi, and a part of the Belgian Red Devils’ team also went on to Lake Song Kul. Here’s hoping they had better weather than the group last year.

The remainder of the teams decided to give the lake a miss. The Polish Girls and part of the Belgian Red Devils stayed behind in Toktogul to take a day off and rest a bit before heading on to Bishkek.

Some of the guys didn’t even make it as far as Toktogul, Llanfair Railway and Team Sisu stayed behind in Osh and decided to skip the lake due to the poor roads and bad weather conditions, meaning only the craziest would attempt the journey to Song Kul. These teams would make their own way to the Kyrgyz capital in time for the finish.

Since Team Utter Fiatsco left their broken down Fiat Punto behind in Tajikistan, team Rough Edges have given the British girls their car and have elected to keep on partying in Osh and fly over to Bishkek instead. We’re not sure what Utter Fiatsco plan to do – whether they will drive over to Song Kul or drive to Bishkek with the other teams.

After last year’s difficulty in getting to Song Kul, we’re waiting to hear whether the two teams that headed over there managed to make it successfully.

We expect we’ll hear more from the teams once they get to Bishkek – stay tuned. For more follow us on our social networks!