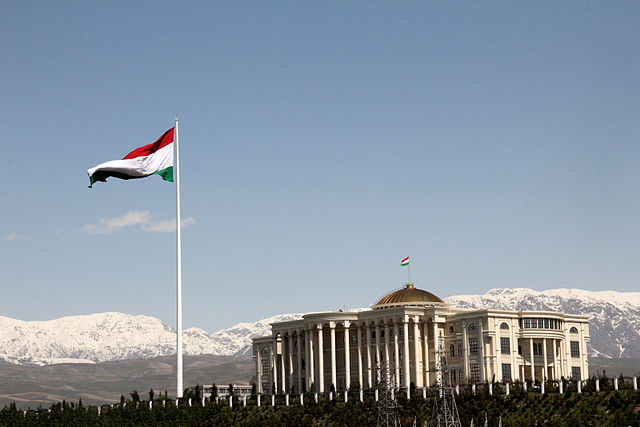 Here’s what to do in Dushanbe, the capital of Tajikistan.

Not many people have heard of Tajikistan, and even fewer know its capital, Dushanbe. The city, located in the West of the Central Asian country, isn’t exactly crammed with must-see sights. However, surrounded by mountains, the city’s wide boulevards and relaxed atmosphere make it a pleasant location to spend a some time, and that’s before you learn that it is home to the world’s second-tallest free-standing flagpole. Here’s what to do in Dushanbe.

Probably the most famous monument in Dushanbe is the statue of Ismoil Somoni, the 9th century founder of the Samanid dynasty. To say “statue” is to do the monument a disservice: he is actually depicted, holding a wand, emerging from a crown-topped golden arch. Somoni is an important figure in Tajik history, so much so that the national currency is named for him. And the crown is surely worth many Somonis, as it apparently contains 10kg of gold! 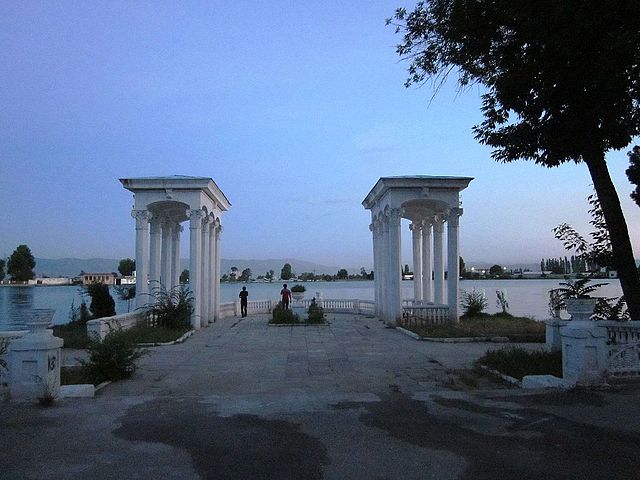 Lake Komsomol, built in 1939, is where to go if you want to escape the buzz of the city for somewhere more peaceful. Though some of the buildings surrounding the lake are run-down, the picturesque calm of the water cannot fail to relax you. More centrally, Rudaki Park is also a pleasant area to walk around, with grass, flowers, and extravagant fountains. Surrounded by some of the city’s most prominent sights, this is an essential visit for any tourist.

Go to the Market

The word Dushanbe literally means Monday, dating from when cities were named for day they hosted a market. Going shopping with locals is a great way to experience any city, and it’s feels especially appropriate here. In the city’s various bazaars you can experience the way of life dating back generations, meet locals from all walks of life and, of course, find the cheapest, freshest produce! Shah Mansur Bazaar (known as the Green Bazaar) in the biggest market in downtown Dushanbe. Here you will encounter a great and colourful selection of cheap food. For goods, clothes and other non-food items, head to Korvon Bazaar, half an hour’s journey from the center.

Of course, the flagpole

The Dushanbe Flagpole stands in front of the Palace of Nations, and reaches a height of 165 meters. Sadly for the city, it was recently usurped as the tallest free-standing flag pole in the world by Saudi Arabia’s 170 meter Jeddah flagpole. Still, it’s an impressive sight, and proudly displays a massive Tajik Flag, which, from a distance, looks rather like the flag of Hungary. However, on closer inspection, you’ll see that the Tajik version features a central emblem: a golden crown under seven stars.

Of course, if you’re stuck for what to do in Dushanbe, you needn’t limit yourself to the city. For many visitors the capital is merely a stop-off point for the country’s wonderful nature, or perhaps even between different ‘stans’. However, if you are staying in the city, a popular excursion is to Fort Hissar, a relatively short drive outside town. Said to have ancient roots, the fort contained the Palace of the deputy of a Bukhara emir, dating to the late 18th century. The palace is destroyed, but the impressive entrance remains. You can also see a 19th century madrassah and a (mostly reconstructed) Caravan Serai. Overall, the various building offer a rich insight into Tajik history.

The Central Asia Rally is a minimal assistance driving adventure, with teams travelling from Astrakhan in Russia all the way to Bishkek in Kyrgyzstan. The route passes through Kazakhstan, Uzbekistan, Tajikistan, and even, briefly, Afghanistan. Join for the chance to drive the famous Pamir Highway, see the ancient ruins at Samarkland (and elsewhere) and enjoy adventures in a part of the world that most people never see!