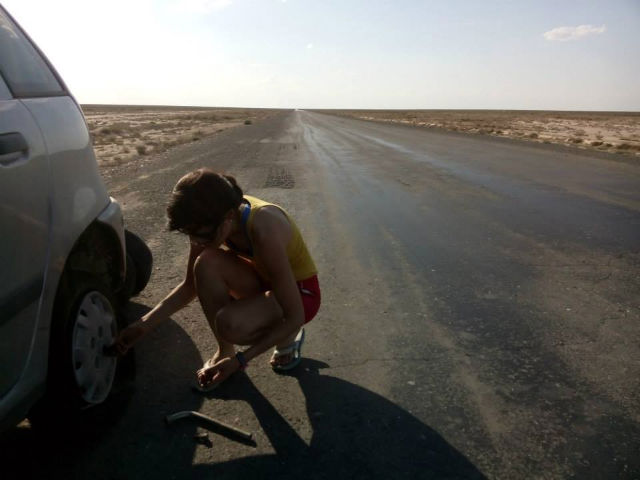 Emma from Utter Fiatsco changing tires on the Uzbek road

When we say the Central Asia Rally is not for the weak-minded – that’s not a daring piece of marketing – we actually mean it, and if this year’s rally is anything to go by, you’ll see why.

Even with perfect conditions, the Central Asia Rally is by far not an easy ride by any means.

Participants drive over 6000km (those that start in Astrakhan, most begin their drive far beyond the Russian border), on bar pothole-laden roads into unknown lands. Not to mention having to arrive punctually for border crossings as stated on the visas. 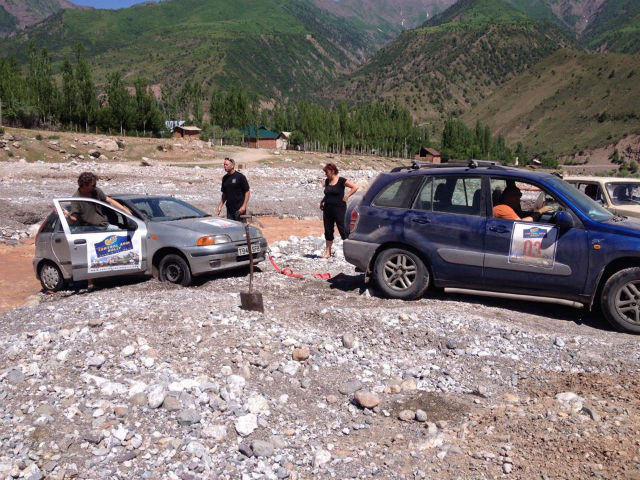 Crazy roads on the Pamir Highway by Team Sisu

Driving through rough terrain across countries and continents in your own car, or even a rental, is going to wear and tear any vehicle, so of course there will be some inevitable casualties on the way.

This year we’ve had two teams break down in the legendary Silk Road city of Samarkand.

However with visa entries running against the clock, teams have either had to get the bribes out at the border or make their own way onwards without the car.

Breaking down on the Pamir Highway 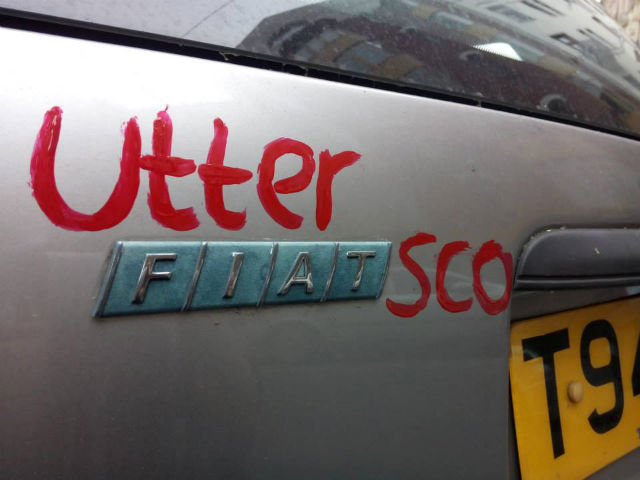 The British ladies making up team Utter Fiatsco haven’t had it easy riding in their uncle’s Fiat Punto.

With faulty breaks they rolled in to Tajikistan, and made sure to get them fixed while in the capital Dushanbe, however the Pamir Highway had different plans for them and their car.

The breaks worked fine, but the girls ended up breaking a fuel pipe on a rock on the dangerous mountain pass, which was fixed by one of the nifty Hungarian mechanics, allowing the Utter Fiatsco team to make it to the guest house for the night.

Their fuel line woes were not over though, since the line kept overheating due to an incorrectly fitted radiator cap, which along with a dent in the sump affecting the oil flow and another flat tyre turned the scenic mountain drive into a mechanical nightmare.

But our ladies were nifty, and managed to cool their engine down by piling fresh snow onto it when they were at the top of the pass.

That wasn’t the end of their fiasco. Their Fiat Punto gave up and died up in the Pamir Mountains in the middle of the night. Luckily the ladies were next to a mountain village, where the locals put them up for the night and fed them with dill omelettes.