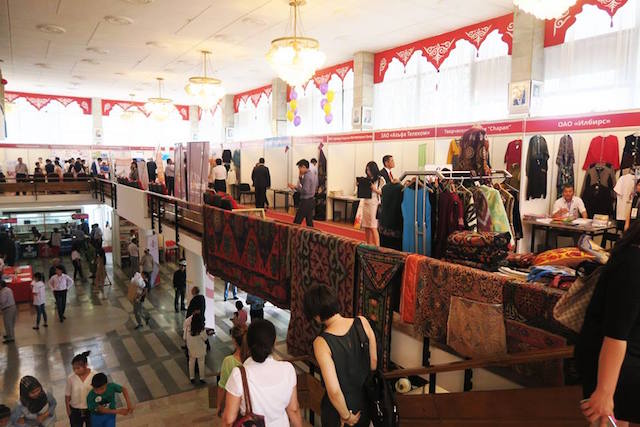 Business in Central Asia is buzzing with anticipation: the first ever international Made in Kyrgyzstan Expo is starting this weekend.

On June 3rd and 4th, big and small, domestic and global companies will head to Kyrgyzstan for the Expo. Organized by the American Chamber of Commerce in the Kyrgyz Republic and the Ministry of Economy, the event is anticipated to be quite a big deal. It will be held at the National Drama Theater in Bishkek, and many international companies will be present, along with a total of 55 businesses that operate within the Kyrgyz Republic.

According to the Times of Central Asia, the main aim of the expo is “to present the industrial potential of Kyrgyz enterprises and promote domestic products and services at local and international markets.” Another goal is to help domestic producers and businessmen gain easier access to potential partnerships with international clients, thus spurring the country’s economy.

There will be about 55 companies present at the Expo, with the majority of these businesses actively producing and manufacturing in Kyrgyzstan. As Zarina Chekirbayeva, the Executive Director of AmCham’s stated, “We have organized the EXPO at a high state level with the support from the Economy Ministry. The exhibition is unique in terms of its content and format — it will gather companies that produce their products in Kyrgyzstan and plan to expand their business abroad. To attract partners and investors, we have been promoting the exhibition at the international level, inviting business-community representatives from both CIS and non-CIS countries.”

Previously, during a meeting of the Council for Development of Business and Investment under the Kyrgyz Government, Kyrgyzstan Prime Minister Sooronbai Jeenbekov said that support of exporters is a priority for the government. He also mentioned that supporting exporters with perks such as long-term and low-interest loans is a priority for the Kyrgyz Government.

In an effort to support autistic children, there will also be a charity concert to raise funds for the organization “Hand in Hand” on June 3rd. Next day, there will be workshops and discussions about implementation of new businesses into the Kyrgyz economy, including speeches from many local and international business owners.