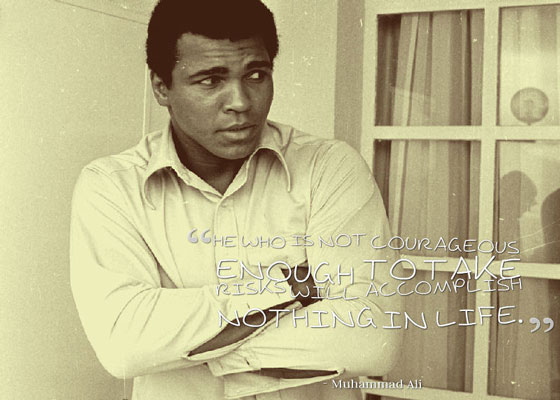 Yes indeed: as you fling your rucksack into the back and step on the gas in Astrakhan to begin the lifetime adventure that is your Central Asia Rally, besides enjoying the multitude of natural, architectural, and cultural delights of this mystical part of the world – perhaps unbeknownst to you -, you’re also about to follow in the larger-than-life footsteps of a true legend, Muhammad Ali, for the recently-departed giant of the boxing world visited Uzbekistan, or the Uzbek Soviet Socialist Republic, as it was then known, in 1978, two years before the Moscow Olympic games. Here’s how it went.

He made the journey on the invitation of the Soviet authorities, who apparently wanted to garner some good PR from the living legend’s trip. Ali arrived in Moscow with his training staff, lawyers and his then-wife Veronica Porsche. The very next morning, he caused something of a minor diplomatic incident by taking advantage of a clear early summer dawn to go on a jog through the middle of the city and into Red Square. As you might imagine, the sight of Ali in shorts trying to do a circuit around Bolshevik leader Vladimir Lenin’s mausoleum did not go down too well with the Soviet authorities.

On June 15, after a three-day stay in Moscow, Ali traveled onward to Uzbekistan. The republic was of particular interest to him as an important site of Islamic history and culture. His arrival was broadcast on television. Of course, the people of Uzbekistan were rather taken aback, not as much at a legend paying a visit to their country, but by the fact that at a time when secularism held sway and Islam was forbidden, a guest with a Muslim name was allowed on television in the first place.

Ali: a guest of honor

However, the Uzbek people’s surprise soon gave way to delight: it wasn’t long before the presence of an honored Muslim guest was adopted as a badge of pride. A delegation turned out to meet Ali as he got off the plane that brought him to Tashkent from Moscow. As you might imagine, Ali was put up at the Tashkent Hotel, the most luxurious accommodations the city had to offer. At every event he attended, Ali was greeted with tables creaking under the weight of fruit, candy, wine, brandy and, inevitably, plov, to which he apparently took quite a liking. On his return to Moscow, Ali claimed he had piled on four kilograms during his stay in Uzbekistan.

Uzbek officials clearly had a poor grasp of how to keep their guest happy: at the press conference organized for Ali’s arrival, the chairman of the Uzbek State Sports Committee [Mirza] Ibragimov spoke about all the achievements of Uzbek athletes. Muhammad Ali paid no attention and instead picked at the grapes on the table. He was similarly unimpressed by a tour of Tashkent’s Lenin Museum. He didn’t listen to the guide at all.

…but real life of Tashkent a hit

However, when he walked the streets of Tashkent, Ali suddenly came alive. “If he saw some strong young guys, he would suddenly start shadow-boxing. It was really strange for us and we couldn’t understand what he was doing. But then it dawned on us that he was putting on a show,” an eyewitness recalled. “We were Soviet people with stiff manners, and he was an American and relaxed.”

The highlight of the stay in Central Asia for Ali, though, was a trip to the city of Samarkand, where he paid tribute at the mausoleum of 9th century Islamic scholar Imam al-Bukhari and visited an observatory built by 15th century astronomer Ulugbek. While in the city, he was taken to a mosque and joined in with prayers — an event memorialized in a photograph showing the boxer alongside a dozen or so other congregants.

Predictably enough, official Soviet news organs milked Ali’s tour for all it was worth. New York-based Novosti news agency cited a number of Ali quotes purportedly culled from US coverage of the trip. “I was struck by how many races and nationalities there are there. There are not less than 100 nationalities and they live in harmony,” Ali was cited as saying. “No one hinders religious belief there. Religious Jews attend the synagogues. The Muslims have mosques.”

…then, in light of Soviet aggression, renegs on former stance

But following the Soviet invasion of Afghanistan, Ali would drastically change his views and threw himself actively behind the campaign to boycott the 1980 Moscow Olympic Games. The United States was among the nations that opted not to compete in Moscow.

For those old enough to remember the legend’s improbable excursion to Uzbekistan, the late boxer is remembered with abiding fondness, even if his behavior was perceived to be, at times, unorthodox. But then again, he was one of a kind and – as you and I know – originals never fit.
So when you come to arrive in Samarkand on the sixth day of your Central Asia Rally, and visit its magnificent sights, you’ll be doing so in the shadow of a true legend. And, if anything can, that will put some extra spring in your step.