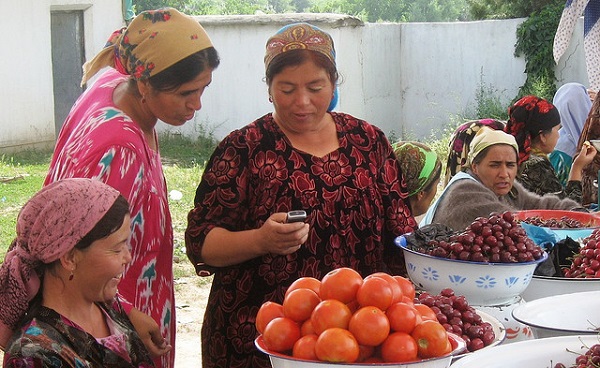 Do you feel naked without your phone? Forget Facebook during the rally, all right. But even when on the wildest adventures of the Central Asia Rally you’ll want the lifeline of an available mobile phone. But is it available? Can you use your SIM card in Tajikistan or Kyrgyzstan, for example? The answer is yes and no. We’ll give you a great tip how to stay on the phone while on the Central Asia Rally.

The countries the Central Asia Rally passes do have service, no worries. But for the roughest mountains and the most desolate plains you’ll get reception, too. However it’s Sod’s law that you’ll break down at the most convenient places of course. This is why Central Asia Rally cars carry radios, and at least our organizers carry a satellite phone, just for these emergencies. But generally speaking, you can use your own sim card in Tajikistan, yes. (Why do we pick on Tajikistan? These Central Asian countries are similar in this respect. Probably because the Pamirs usually give the hardest time to cars and phones alike).

So Should You? (Use Your Own SIM Card in Tajikistan, That Is)

No way! It is possible to use international roaming in Tajikistan or any of these countries, but it’s not worth it. The charges are extortionate. You will be charged for incoming calls and messages too. It would be irritating to get a call from the PA secretary, or a text advertisement from the local pizza place, counting the somonis you will be charged for it..

These Central Asian countries actually have quite good cellular networks. Before the dissolution of the Soviet Union the landline phone network was underdeveloped, to say the least. It has only been significantly improved in the urban areas. But with the new mobile technology, like many developing countries this region jumped directly in the cellular age. Especially in countries with such sparsely populated areas, it is much more economical than investing in the quickly obsoleting landline system.

Get a New SIM Card in Tajikistan Then?

Getting a new SIM card in Tajikistan is definitely not expensive, even if for only the couple of days we’re spending there. (Four days according to the plan, but ’inshallah’..) The trouble with getting a local SIM card is the hassle. Arriving at the end of an exhausting day (take it from us, they ARE exhausting..) the offices closed, standing in line the next day.. Explaining to a clerk with broken English what we want, then doing all the tedious paperwork.

Unfortunately the days when you could just grab a cheap phone and a SIM card in Tajikistan are over. Not only have the requirements for purchasing new numbers been strictened, even existing subscriptions have to be re-registered. It is currently causing a huge confusion for providers and clients alike (7 million active numbers in a country of 8,2 million!!) Service providers needed to hire extra staff to deal with all the cases. So you might not want to go around those costumer service points any time soon anyway.

Foreigners also have to present passports when registering a SIM card in Tajikistan. This shouldn’t be a problem for the contestants of the Central Asia Rally, of course. Nor the limited number of SIM cards a person can have, or the digital fingerprint identification now required. The problem is even the shortest contracts have an expiry period of 1 month, exceeding the length of our visas. This is grounds for denying the contract.

You could ask why they care about my number if I’m out of the country in four days anyway? The reason for these restrictions on registering your SIM card in Tajikistan is unfortunately exactly that. They don’t want these Tajik numbers to be used outside the country. Many terrorists in the neighboring Afghanistan were using Tajik SIM cards to coordinate their moves. These were mostly purchased under false names. By requiring advanced personal identification for even existing numbers, the Tajik government is trying to put an end to this.

After having troubles of our own with this, Travel Scientists have cut the Gordian knot. In our deluxe package we provide SIM cards for the Central Asia Rally contestants that provide cheap roaming. Free receiving of calls and texts, calls at local rates. The trick is that while western providers don’t have this option in Central Asia, we get SIM cards from the former Soviet states. These providers usually have very reasonable roaming rates in CIS states.

Oh, and that’s only a small trick we have. The Travel Scientists are full of great ideas!