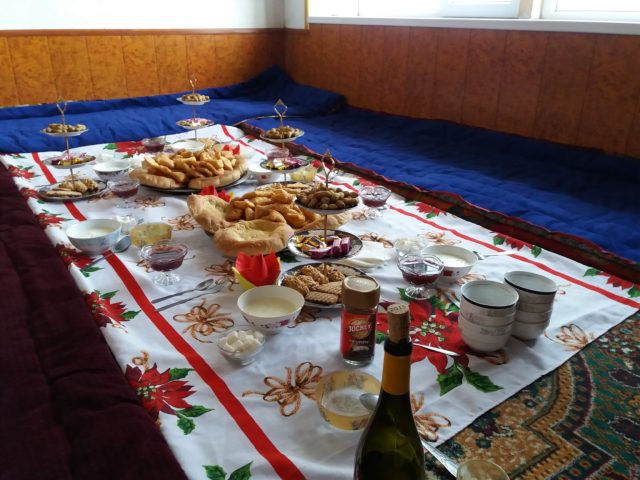 To the first time traveller, the cuisine in Central Asia might conjure up daunting images resembling something out an Indiana Jones movie, and while Central Asia’s cuisine is unique, we’re going to help you by breaking it down region by region, giving you a little background knowledge for your next trip!

To understand Kazakh cooking, it’s worth examining the country’s history. The nomadic way of life dominated Kazakhstan over the centuries, until the time of the Russian Empire, so you can imagine that the food in Kazakhstan will have its influences from a life lived in yurts combined with a Russian palate.

Kazakh food is centred on mutton and horsemeat, along with dairy that has often been soured or fermented. The meat is cooked by boiling, but meat products are also salted and dried.

Beshbarmak is a traditional Kazakh dish made from mutton, which is accompanied by boiled dough that’s cooked in the mutton broth. This is then served with the cooked meat on top and flavoured with onion and garlic. This is often served up in the traditional dastarkhan, a special feast for guests. This is also accompanied by tea, smoked meats, zhuta, a pasta stuffed with pumpkin and carrots, sorpa, a broth and a milk tonic known as shubat.

The cuisine in Kyrgyzstan is very similar to Kazakh cooking, but the cosmopolitan nature of Bishkek, not to mention Kyrgyzstan’s position on the Silk Road, means you’ll find influences from China, Russia and Uzbekistan in the local dishes.

Paloo is the Kyrgyz version of plov, a rice dish mixed up with vegetables and meat. Another Kyrgyz dish is laghman, which has its roots in Western China. This noddle dish is topped with a meat and vegetable soup and has more East Asian influences than Central Asian ones.

Tajikistan carries influences from Uzbek, Russian and Afghan cooking. While plov might be Uzbekistan’s signature dish, you’ll certainly find variations of it in the Tajik kitchen.

A typical Tajik feast will begin with a spread of dried fruits, nuts and halva, before serving up the soup, meat and plov.

One dish unique to Tajikistan is qurutob, which has gained it name from the way the dish is prepared. This is made from dried balls of salty cheese known as qurut, which is dissolved in water and then poured over thin and flaky flatbread. Fried onions are added on top, along with other fried vegetables before being served up. This is traditionally eaten by hand. 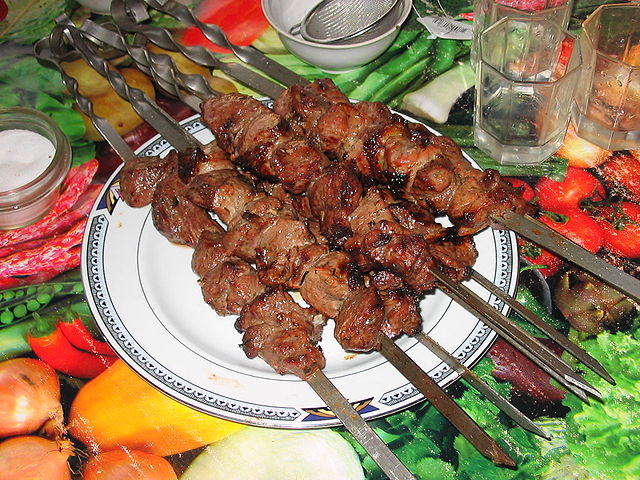 Turkmenistan’s cooking is influenced not only by Central Asia, but by cuisine coming from across the Caspian Sea in Azerbaijan, Iran and Russia. You’ll find similar dishes that are native to Uzbekistan, but also grilled kebab meats like shashlik on the menu.

Melons are perhaps Turkmenistan’s most famous ingredient, since the Central Asian country once became the Soviet Union’s main melon producer, especially since you’ll find over 400 varieties in the country, but not only that, there is even a national holiday dedicated to melons in Turkemenistan.

Uzbekistan’s cuisine is the crown of Central Asian cooking. The country’s signature dish plov has become one of the main staples in the region, which is made with rice, meat, carrots and other vegetables and sometimes even with fruit. This is cooked in a kazan, a cauldron resembling a Dutch oven.

Other Uzbek dishes also include manti, dumplings filled with meat or somsa, stuffed dough that is often served up as an appetizer.

Because of the large Jewish community in Bukhara, you’ve also got a unique cuisine within Uzbekistan thanks to the community, combining Uzbek cooking with Jewish dishes, such as osh palov, a Jewish variation of plov, and yakhni, made from two types of meat like beef and chicken, that have been boiled and brought whole to the serving table accompanied with broth and garnished with vegetables.