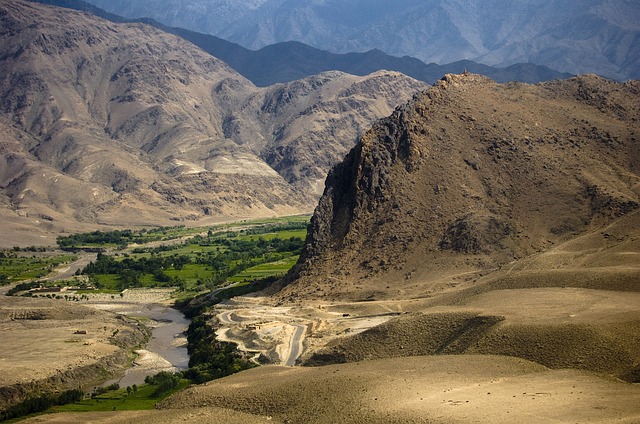 The black sheep of the Central Asia, Afghanistan is often left off the map when the region is talked about in a travel context. The country is more poignantly known for its ongoing war and militant Islamism dominated by the Taliban, however, there is more to this off-the-beaten track country than what makes it into the news. Afghanistan is not really known as being a hot travel destination, for obvious reasons, but to say it’s not a beautiful country is simply untrue. Prior to the conflict, Afghanistan was once a main destinationon the hippy trail, attracting travellers on their way down to India, and before that, a core hub on the Silk Road. The country has plenty to offer the adventurous traveller, with incredible mosques and mountainous landscapes.

We’re not outright saying you should pack your bags and head off Afghanistan – this is not exactly the safest country to visit – although we have sometimes cross the border to visit the Ishkashim market on the border with Tajikistan, but if the situation were to improve, this is what you might see in Afghanistan!

Bamiyan Valley was once home to one of the most spectacular sites in the country – the Giant Buddhas. These giant rock carved statues were the world’s tallest Buddhas ever made, but sadly the Taliban destroyed them at the height of their rule. While the Buddas mostly lie in pieces in a shed next to the director’s office, or sold off on the black market in Pakistan by the Taliban, the niches left behind are still one of Afghanistan’s most spectacular sites. The niches tower up at 55m and 38m, and are surrounded by a rock-carved network of monastic cells and grottos connected by passages carved inside the dramatic cliff side, which can be visited today.

Herat is Afghanistan’s third largest city, and also the gateway to Iran and Turkmenistan. Over the centuries, it was a key trading hub on the Silk Road, which means this city has its fair share of impressive sites.

One of the main attractions is the Jama Masjid Mosque of Herat, also know as the Friday Mosque. This blue tiled mosque is over 800 years old, and one of the greatest and most beautiful Islamic buildings in the entire Central Asia region.

Towering above Herat, the citadel is perhaps the oldest building of the city. Said to have been built on a former fort founded by Alexander the Great, Herat’s citadel is certainly a commanding building, with 18 towers at over 30m above sea level!

The two blue domes of the Shrine of Hazrat Ali in Mazar-e Sharif in northern Afghanistan is perhaps one of the most iconic sites of the country. The figure of Hazrat Ali was believed to have been buried in Iraq, but after a local mullah dreamt his place of rest was in a village near Balkh, this changed the region for future. The city of Mazar-e Sharif sprung up around the shrine, where the name actually means “Tomb of the Exalted”.

Ghengis Khan razed the original shrine built upon the place of burial, only to be rebuilt later by the Timurid rulers in the region in the 15th century. The shrine has seen quite a few changes over the years, where its iconic blue façade is actually a modern addition.

The Mughal ruler Barbur established these gardens in the 16th century, and have since become Kabul’s loveliest spot. The walled garden is not only home to terraces of lush vegetation, but also houses an original caravanserai as well.

The Lakes of Band-e Amir

So far we’ve looked at manmade and semi-manmade wonders in Afghanistan, but it would be a crime not to mention the amazing Band-e Amir lakes – one of the country’s most astounding sites! A series of six, deep blue lakes look like something out of a fantasy novel. The deep lapis colour arises from its mineral content, but despite the scientific explanation for these high altitude lakes in Central Asia, the locals prefer local lore. Apparently the lakes have healing properties and are visited by pilgrims, who hope the tales around the lapis blue waters’ curative properties are true.