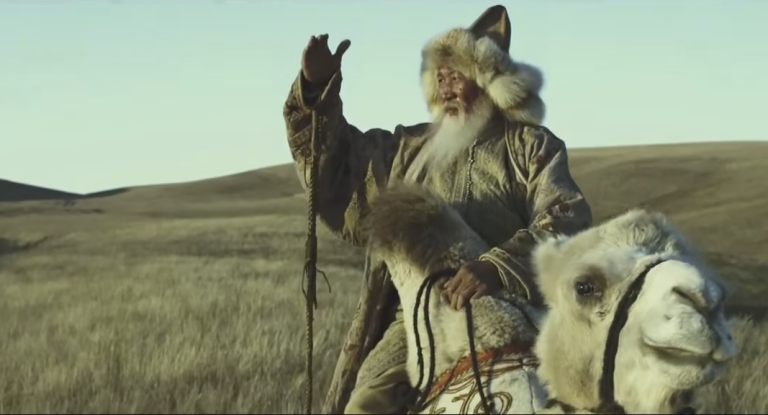 Brace yourselves, our favorite TV-show about power, war, hate and of course love, Game of Thrones, is about to face some serious competition from Kazakhstan. Yes, you read that right, from Kazakhstan, where a new saga about the emergence of the Kazakh nation will shortly be broadcasted.

Riders are speeding through the endless Kazakh steppe, men are raising their sword up to the sky with thundering war cries while banners are flying in the wind. Yurts are scattered across the soft hills and beautiful women in sumptuous garment are waiting for their men to return from battle.

Acclaimed director Rustem Abrashev tells the story of the foundation of the Kazakh Khanate in 10 episodes, one feature film and with innumerable dramatic pictures. The production of this series might be seen as part of Kazakhstan’s mission to defy Russian President Vladimir Putin who has stated in 2014 that Kazakhstan was “a state on territory where no state had ever existed.” In 2015 also a huge celebration was held for the 550th birthday of the Kazakh Khanate in 1465, whose foundation is generally seen as the beginning of a Kazakh statehood and as being crucial for the development of a Kazakh identity.

With a budget of about 7 Mio USD, partially financed by the government, crowdsourcing and an anonymous industrial group, The Kazakh Khanate on TV is not a cheap period drama, but an epic cinematic production, which will be aired in March 2016 during the Nauryz (New Year) celebrations.

The storyline follows Kerey Khan and Zhanibek Khan, the founders of the Kazakh Khanate, who united several tribes under their rule, breaking away from the Khanate of Abu’l-Khayr Khan. Even though this new formation was still far away from a proper state structure and the tribes were just loosely connected, this was the foundation for the ethnogenesis of the Kazakhs.

Many are criticizing the script for historical inaccuracies, but we doubt that a little more drama and feelings will spoil the core message about a united Kazakhstan. We will also refrain from giving you any further history lectures, just go and watch this epic series. If you speak Kazakh or Russian, that is. Otherwise you’ll have to exercise some patience and wait for the feature film, which is supposed to also be released in English.