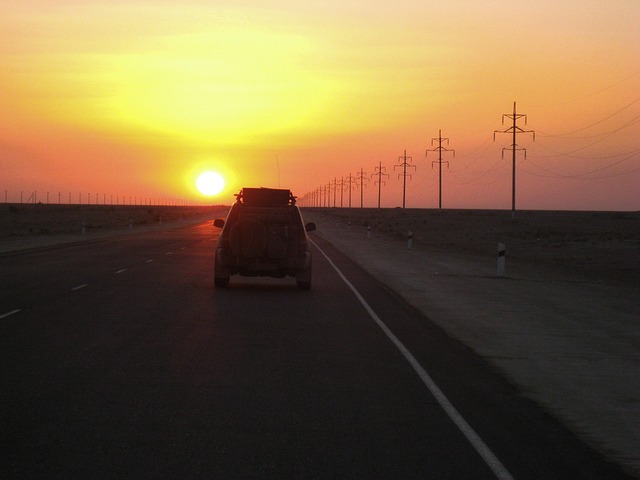 Kazakhstan might be most famous thanks to Sasha Baron-Cohen’s Borat, who was responsible for the boom in Kazakhstan’s industry in 2012, but there is more to this epic landlocked country in the heart of Central Asia.

Stretching from the Caspian Sea and the Ural Mountains, the dividing line between Europe and Asia, over to China, Kazakhstan has everything, from skyscraper snow-capped mountains, grassy steppes, deserts, and cities that are both futuristic and old-world.

If you’re going to Kazakhstan or are thinking of going, here are some of the top attractions and regions to check out.

Located in Southern Kazakhstan, Turkestan is one of the country’s most visited cities, famed for its mausoleum of Khwaja Ahmad Yasavi, a Turkic Muslim holy man. The 14th century structure built by Timur lies en par with the beautiful creations in Samarkand, Uzbekistan. Turkestan is by far Kazakhstan’s most beautiful city, as far as architecture is concerned.

The city played an important role in Kazakhstan’s history, and functioned as a trade and Sufi religious center in the 12th century. It also became the capital for the Kazakh Khans from the 16th to 18th centuries.

Located just north west of Almaty, this petroglyph site in the Semirechye region is one of the main tourist attractions in Kazakhstan. This site dates back to the Bronze Age and contains over 5000 petroglyphs.

It’s made the list as a UNESCO World Heritage Site for its Bronze Age, Iron Age and Medieval petroglyphs. However, beyond the petroglyphs, you can also find signs of ancient settlements and burial grounds in the lush gorge. With tombs and engravings resembling altars, Tamgaly appears to have been once a lively hub of early civilization.

Just east of Almaty, in one of the Kungei Alatau gorges lies Kaindy, a mountain lake known for its “sunken forest”.

The site once housed a coniferous forest that was flooded in 1910 when landslides blocked the gorge and inundated it with very cold water.

Because of the low water temperatures, the tree trunks were perfectly preserved. The bright turquoise colored lake measures approximately 400 meters, with depths going down as far as 30 meters.

Astana is Kazakhstan’s current capital, but it’s still a newbie on the scene. The city gained its capital status in 1997, taking over from the historic capital of Almaty, due to Astana’s proximity to Russia. In fact the word “Astana” means capital in Kazakh, and was assigned to the city in 1998.

With high skyscrapers and futuristic buildings, Astana inspires a love it or hate it mentality. The Baiterek monument is one of the iconic sites in Astana. The giant glass bowl suspended on top of a tower carries a skybar and a panoramic viewing point.

By night the city is a multicolored spectacle that looks like something out of a science fiction movie. The city itself is new, beginning life as a fortress in the 19th century, and then a railway junction town in the early 20th century.

Astana might be the enforced capital in the country, but Almaty has the historical pedigree, and is also Kazakhstan’s largest city with a population of 1.5 million.

Almaty is located slap bang in the middle of the Eurasian continent, set against the backdrop of the Trans-Ili Alatau mountains, which are a part of the Tien Shan mountains.

The area surrounding today’s Almaty dates back to 1000BC, although most of the sites in the city are more modern, since the actual city was founded in the middle of the 19th century. The main sites in the city include the Central State Museum and the candy colored Zenkov Cathedral.