The Central Asia Rally is almost over, so here’s our first batch of highlights from another incredible event.

The Central Asia Rally 2017 set off on June 1st, from Astrakhan in Russia. Teams then passed through Kazakhstan, before exploring the many amazing sights of Uzbekistan. Through the wonders of (very slow) internet, we can now share some of the highlights of the first week of adventures! 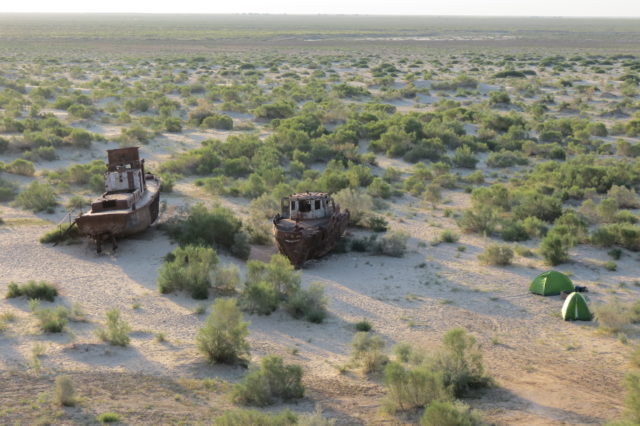 The Central Asia Rally offers the opportunity to camp in one of the strangest places on earth: the Aral Sea. Once the fourth largest lake in the world, Soviet irrigation projects mean that it is is almost entirely dried up. Only rusted boat remain, created a haunting atmosphere for a night’s camping!

Unlike the Aral Sea, Silk Road history is rather better preserved. Above is Samarkand, one of the jewels of Central Asia. Teams also explored Khiva and Bukhara, both glorious in their own right. Another sight participants were keen to photograph was the border with Turkmenistan. The featured photo, at the top of the blog, is where they think it is. They’re not sure, but it’s nevertheless a nice photo! 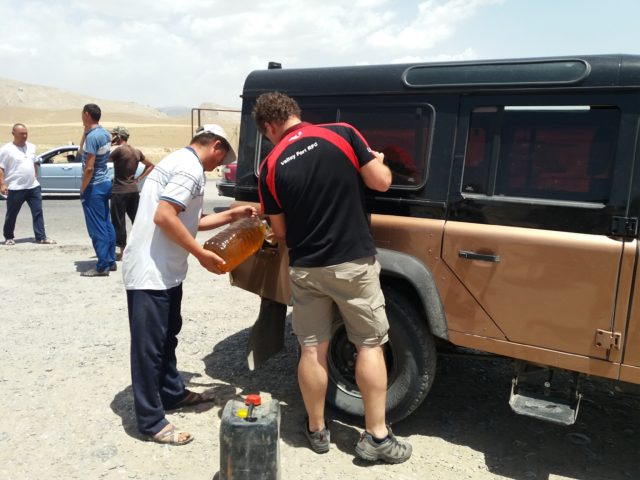 Probably the most interesting story from the road is the constant search for petrol and diesel, which must be bought on the black market. And to do this teams had to change money in a very “non-official way”: usually a guy with a huge bag full of bills (1000 Uzbek som bill is roughly 0,15USD ) shows up and gives you a few kg of money…