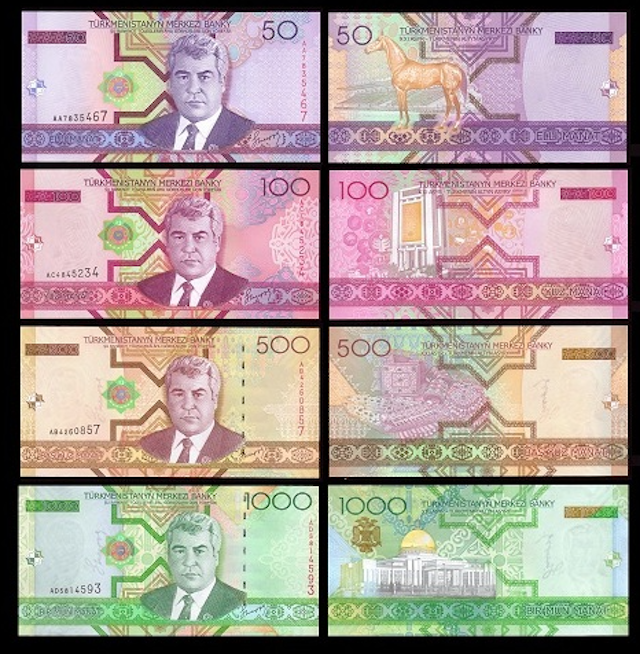 You’re going to cross quite a number of countries during your adventure through Kazakhstan, Kyrgyzstan, Uzbekistan, Turkmenistan and Tajikistan; there are many types of currencies and denominations to keep in mind. To bring you up to speed on the currencies of Central Asia, here is a crash course on general exchange rates, banknotes and coins that you should keep in mind during your travels.

Turkmenistan’s currency is called the Manat, or TMT. The Manat was introduced in 1993 to replace Russian rubles used during the reign of the Soviet Union. One USD equals 3.5 TMT and one Manat is divided into a hundred Tenge. There are 1, 5, 10, 20 and 50 tenge coins, minted by the Royal Mint of Turkmenistan. The banknotes that circulate today (called new Manat) were introduced in 2009, and there are denominations of 1, 5, 10, 20, 50, 100, and 500.