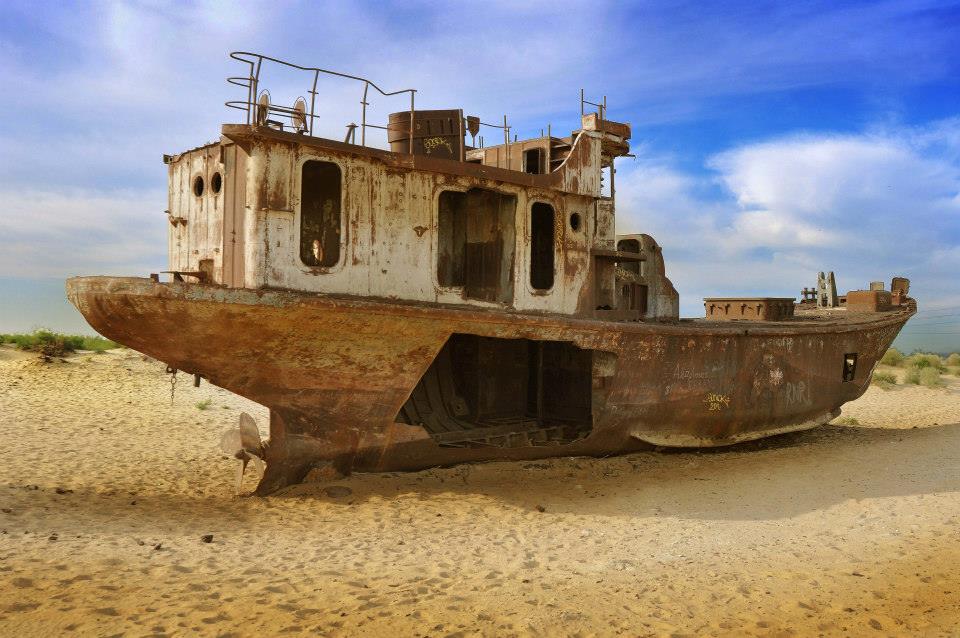 Driving through Kazakhstan during the Central Asia Rally you will stumble over something weird: ships. Old, abandoned ships in the middle of the desert with no water in sight up to the horizon. No, they are not remnants of the Great Flood, but you are standing on the bed of the former Aral Sea, once the fourth largest lake in the world.

Not long ago, there was a completely different picture. Endless waters swarming with fish, boats cruising over the lake, fishing, providing more than 60 000 with a job and a steady income.

Then in the 1960s, the Soviets decided to increase the cotton production in Uzbekistan, Turkmenistan and Kazakhstan. Many of the new cotton fields were on dry desert soil and thus huge amounts of water were needed to sustain them. It was taken from the Syr-Darya and the Amu-Darya river, which were feeding the lake.

This was when one of the greatest environmental disasters of our time took its course. Losing its water source, the Aral Sea fell almost completely dry within a few decades, being reduced to mere 10% of its original size in 2007. The remains of the once huge body of water have split into four small lakes, of which one dried up in 2014, leaving behind a new desert. 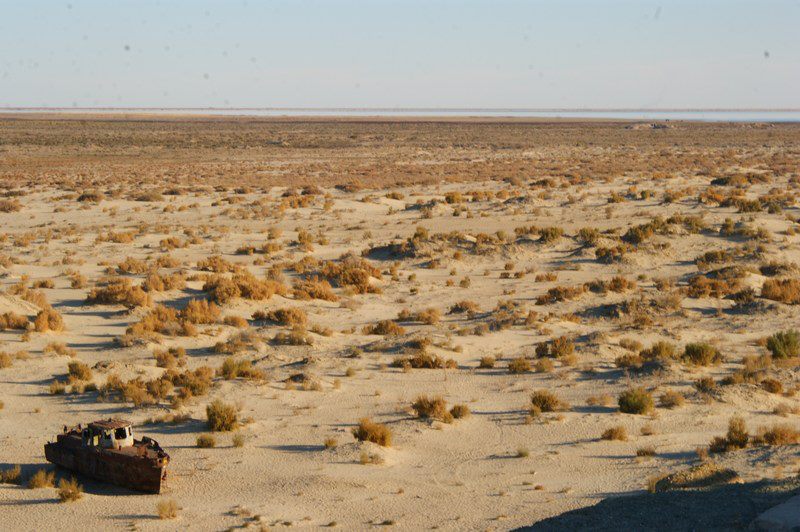 With the lake also the 20 indigenous species of fish disappeared, just like many other plants and animals, and even the climate changed to longer and colder winters, followed by hotter summers.

In 2005 a dam was constructed, which has successfully risen the water level of the northern lake by 12m.

But what is an incredible ecological and economical disaster for the region, provides it with a unique attraction after all: the ghost ships of the Aral Sea – the old fishing boats left back in what is now the middle of the desert, some of them as far as 90km from the waterside. They are amazing places to explore and for making every little boy’s dream of being the captain of a huge boat come true, even if it is just in a sea of sand. 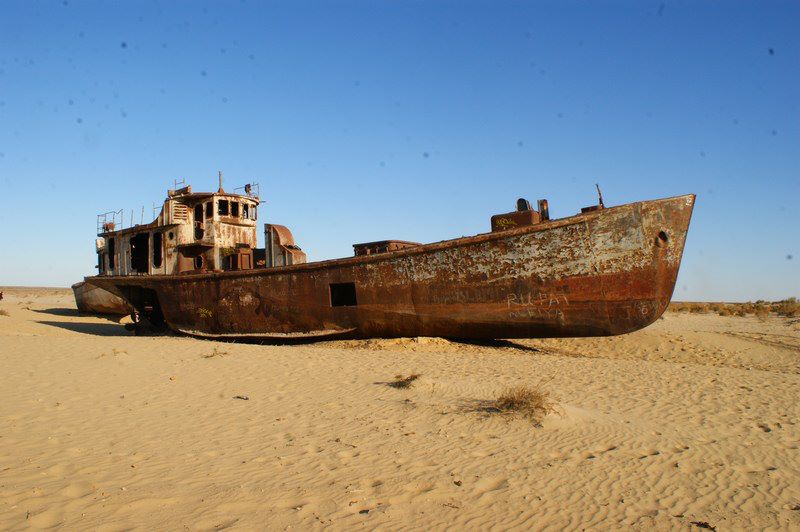