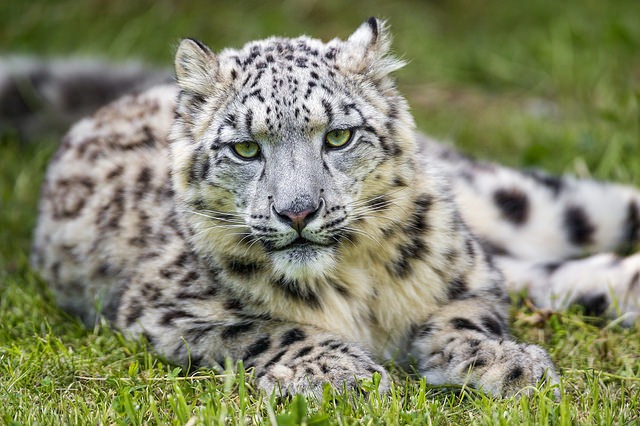 The Central Asia Rally will take you through the realm of the snow leopard, one of the most majestic predators of Central Asia. And if you are lucky enough, you might even catch a glimpse of the shy king himself.

Photo by Tambako The Jaguar

With white to yellowish, thick fur and dark rosettes, the snow leopard is perfectly adapted to its kingdom in the alpine and subalpine zones (ca. 3000 – 4500m above sea level) of the Central Asian mountains, being perfectly camouflaged for snowy and rocky terrain. 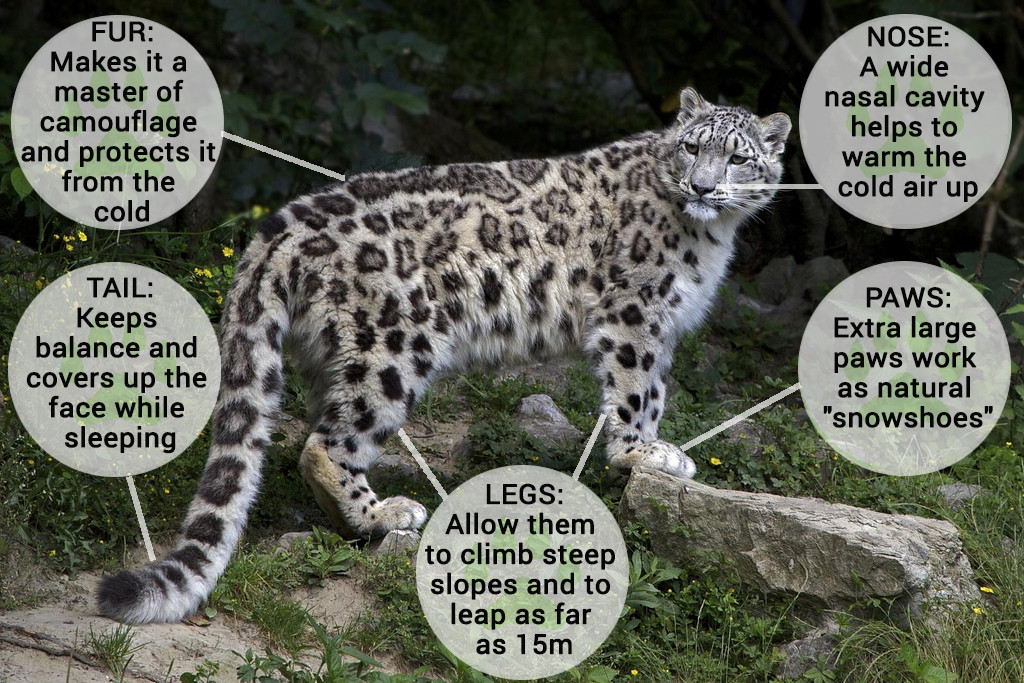 The whole body of the snow leopard is a miracle of evolutionary adaptation to a difficult habitat. The extra large paws help distributing weight in deep snow and work as natural snowshoes, while the fur at their soles gives extra grip in slippery and unstable terrain. The long, furry tail allows the snow leopard to keep balance, but also serves as blanket for the face while sleeping. The body is sturdy, the fur thick and the ears are small, which all helps preventing the body from losing heat. Last but not least, the broad chest and the strong legs allow them to climb steep slopes and jump up to 15 m wide. Their eyes are green or gray, which is rather unusual for big cats normally having yellow eyes. 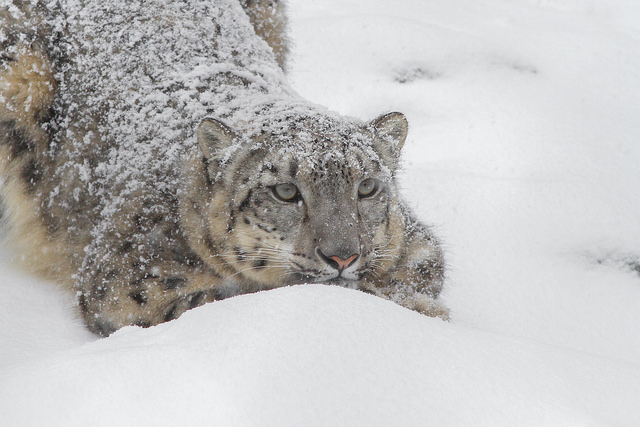 “You can’t see me, can you?” Photo by Mark Dumont.

Despite its name and appearance, the snow leopard is closer related to tigers than to leopards. With a shoulder height of about 60cm and measuring 75-150 cm from head to tail, it is a bit smaller than most other big cats. Also, unlike its distant cousins, the snow leopard can’t roar, its means of communication are restricted to hissing, chuffing and wailing. They are solitary hunters, but don’t mind their territories overlapping a bit. The snow leopard’s home are the mountains of Central and South Asia, from southern Siberia to Kazakhstan, Kyrgyzstan, Tajikistan, Uzbekistan all the way to Mongolia and the Himalayas. Even though its natural habitat is huge, the snow leopard is on the IUCN Red List of Threatened Species. According to estimations there are only between 3900 and 6400 individuals left in the wild and the population is declining steadily – over the past 16 years probably already about 20%.

A combination of various reasons is responsible for the population decline of Central Asia’s white king.

Loss of Habitat and Prey: Humans and their livestock increasingly invade the shy snow leopard’s habitat, fragmenting it more and more. Higher numbers of domestic livestock also lead to overgrazing. Consequently less food is available for the leopard’s prey and their population declines,  leading to the necessity of larger territories. Additionally human hunting activities reduce the number of wild prey.

Hunting: Less available prey forces the snow leopard to kill domestic livestock. The humans, for whom the loss of one single animal can already have a significant economical impact, are often forced to kill snow leopards to protect their own existence.

Poaching: The beautiful fur of the snow leopard is very popular in Central Asia, Eastern Europe and Russia, while its body parts are used in traditional Chinese medicine. Many people in the range of the snow leopard are living in relative poverty and the temptation to improve their quality of life by hunting snow leopards is big.

Mining: Responsible for severe ecological damage, mining activities are destroying the habitat of the snow leopard and force it to look for a new territory. 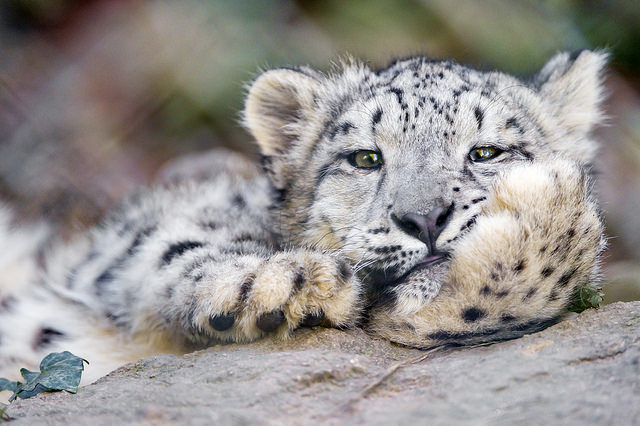 Even kings need some rest. Photo by Tambako The Jaguar.

But the snow leopard in Central Asia is not only important for a healthy ecosystem, it is also a national symbol. It is found on seals and coats of arms all across Central Asia, from Almaty in Kazakhstan to Samarkand in Uzbekistan, and if it disappeared, also a part of Central Asia’s fierce soul would be lost  forever.

So come with us on the next Central Asia Rally, an amazing adventure across Kazakhstan, Uzbekistan, Tajikistan and Kyrgyzstan and maybe you are lucky enough, to see one of those beautiful and extremely shy cats life and in person!