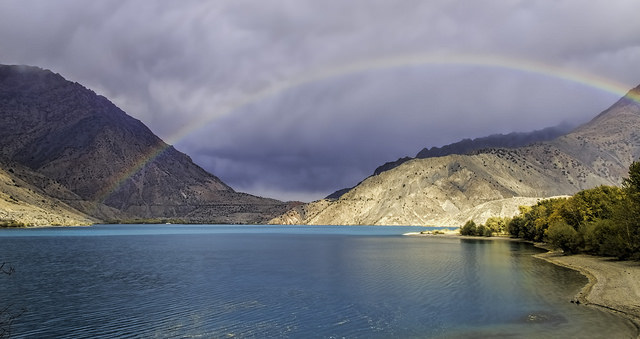 Central Asia might be locked away from the Oceans of the world, bordering only on the Caspian Sea, which by most definitions is a very large saline lake, and along with the disappearing Aral Sea, the region might feel parched of its water source. 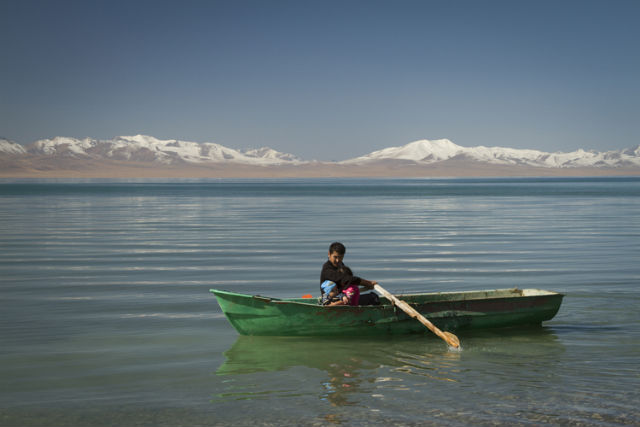 However, the Stans of Central Asia sport some of the world’s most spectacular lakes, with some set in high mountainous craters, others in grassy steppes.

While the Caspian and the Aral technically the most important and biggest lakes in the region, we’re going to look at 7 other spectacular lakes of Central Asia.

This lake in the mountains of northern Tien Shan is Kyrgyzstan’s largest lake, and is also the tenth biggest in terms of water volume in the world. Also, what’s interesting about Issyk Kul is that it’s a salt-water lake, and the second largest after the Caspian (and the Aral’s demise).

Despite being high up in a mountainous area at 1600 meters above sea level, this lake never freezes due to the salt content in the water.

Set high up at an altitude of 3900m in the Pamir Mountains, Karakul in Tajikistan is pretty spectacular. This lake lies in a circular depression made by a meteor impact and has two basins.

One of the basins is very shallow, measuring about 13 to 19m in depth, whereas the other goes down to 230m.

Karakul is one of the highest mountain lakes in the world and sits on what’s dubbed as “the Roof of the World”. Like Issyk Kul, it’s also salty.

Shapes like a boomerang, Lake Balkhash also makes the list as one of the world’s largest lakes, clocking in at 13. Located in Kazakhstan towards China, the lake is also fed by the snowmelt form the mountains in China’s Xinjiang region.

However, even though Balkash is one of Kazakhstan’s most beautiful natural treasures, it’s also at risk of being drained, due to having part of its route diverted for irrigation, like the case of the Aral Sea.

Issyk Kul might be Kyrgyzstan’s biggest lake, but Song Kul is one of the biggest tourist attractions in the country.

Located high up in the Tien Shan Mountains, in a remote part of Kyrgyzstan, Song Kul is a fresh water lake surrounded by mountain pastures dubbed “jailoos”, and Kyrgyz herdsmen grazing with their livestock. Be sure to check out the welcoming yurts at the lake, where you can get delicious homemade meat, jams and milk products and Kyrgyz hospitality, useful, if you’ve driven up here in a blizzard.

Between Dushanbe and Khujand lies Iskanderkul, named after Alexander the Great, this lake is one of Tajikistan’s most beautiful natural sites. Legend has it Alexander the Great passed through the area 2300 years ago, and it’s easy to see why. The lake changes with the light throughout the day, changing color to reflect the sky above, and coupled with a 40m high waterfall and a view of the Fann Mountains it’s easy to see why people flock to this beautiful lake.

Lake Zorkul straddles two countries –Tajikistan and Afghanistan. It’s set to the backdrop of stunning mountains, which make for great hiking in the summer and also a good spot for horse riding and hanging out with shepherds.

Travelers in Tajikistan can visit the lake, but you’ll need permission form the Border Guards at Khorog to make it to the lake.

If your lungs need a clean up, then head up to the Altai Mountains in Kazakhstan to Rachmanov Springs. Mountains and pine trees surround this mineral rich lake, making it the perfect place to rejuvenate your lungs.

Unfortunately, its proximity to the Chinese border makes it difficult to visit for long periods of time.